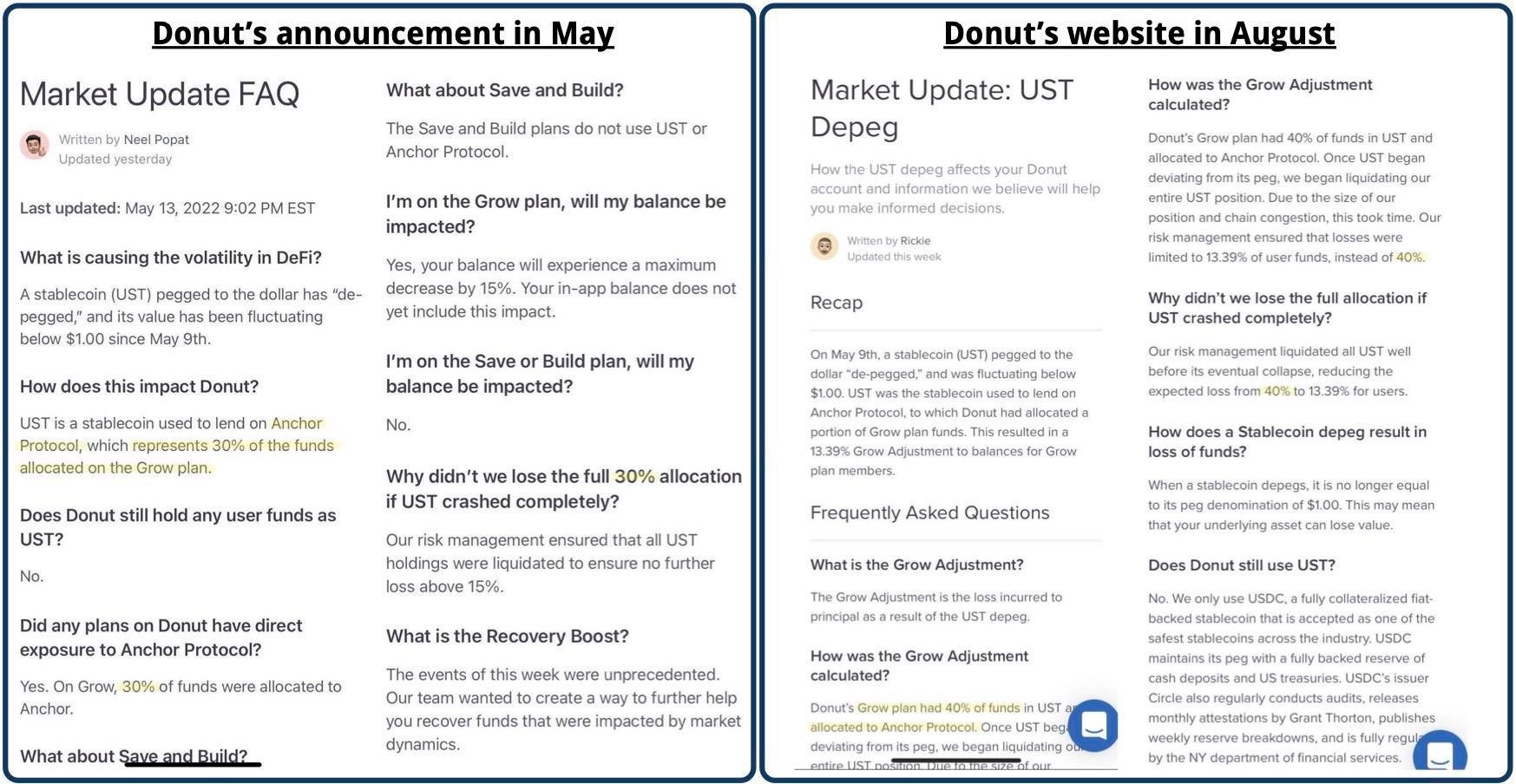 When UST (Do Kwon’s ill-fated stablecoin Terra) depegged in May, [Donut]( deducted 13% from a bunch of accounts belonging to customers who had deposited money into Donut’s “Grow” accounts. Background: Donut is a popular staking app with $80m aum and 25,000+ customers.

My family was among those customers, along with several thousand other people. Donut explained that *30*% of our money was in Anchor Protocol, and therefore in UST when it crashed on May 9th, which is why Donut needed to deduct 13% from our accounts. UST was the stablecoin used on Anchor.

However they’ve nuked the original announcement and have since changed their website to state, in contrast, that *40%* of our money was invested in Anchor and therefore in UST on May 9th.

The problem: This number is effectively impossible to mess up. Why? The amount of money Donut had in Anchor is a straightforward number. There’s no ambiguity. Changing it is almost conclusive evidence that one of those statements is a lie and *Donut had to have known*.

For newbies wondering why this is such powerful evidence: it’s *basically inconceivable* to mess this number up. It’s an important number, yet glaringly simple.

At any point in time, Donut knows exactly how much money it has in each protocol, including on the day of the crash, May 9th. That takes them about 5 mins to look up. Similarly after taking days to draft this announcement there’s effectively no plausible way that Donut could’ve made a mistake like this, unless of course it was intentional. In other words, Donut’s leadership had to have knowingly lied to thousands of customers after removing 13% of the money from their accounts, and it’s almost impossible for Donut to prove otherwise.

**Tl;dr Donut had to have intentionally lied to its customers at least once.**

Quite honestly, this is far past the point of being a bad look.

2 thoughts on “Yikes. Pretty clear evidence that Donut lied after taking 13% from thousands of customer accounts.”