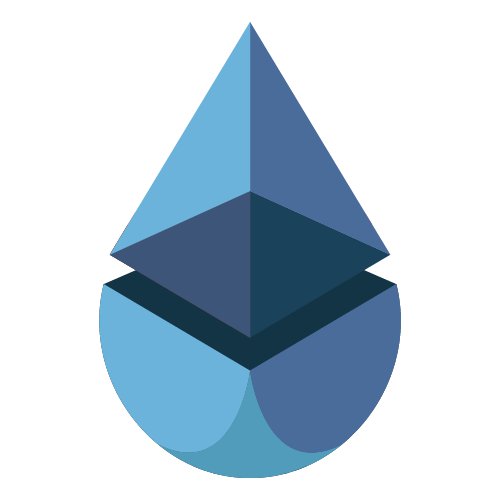 When Michael Egorov, a Russian physicist interested in cryptocurrencies, launched his DEX, initially named Stableswap, his intention was to create a better experience for the Defi user than Uniswap. A platform that lets its users trade with low slippage and pay low fees in spite of its retro-looking horrendous UI which makes you want to learn calculus and trade on Uniswap V3 rather than take another look at that ugly font. But I guess I’m alone in that regard because Curve is sitting comfortably at the top with more than $25 billion TVL among all Defi protocols in all the chains. The number two is a fairly young project called Convex, which owes this position to what is known in the Defi space as the Curve Warssss.

Funny story: the CRV token was launched by some dude called 0xc4ad, not the Curve team when he saw the opportunity and deployed the contract with 19.9 ETH. The team reviewed the code and eventually confirmed it but this led to some outrage and accusations of premining because some early stakers were being awarded CRVs before the official announcement. But this is what decentralization gets you, I guess.

You might be wondering why anybody should care about the CRV token though because after all, exchange tokens are pretty useless. I mean, have you seen UNI? The CRV has the same role and is awarded to whoever provides liquidity as a percentage of the swapping fees. But there’s another role that differentiates it from the rest. The CRV holders also have the option of locking their tokens and receiving more tokens, called veCRV (vote escrowed Curve). This token is used for voting on important matters such as starting a new pool or changing the gauge. The gauge, also known as the Spigot of Wealth™ by some experts, namely me, is the mechanism that determines which pools the CRV inflation should be distributed to. Before going further, let me explain some basics first. All protocols have this dilemma of incentivizing liquidity for their tokens and paying for it with the same token, which subsequently can tank its price. With Curve though, their pool is incentivized by the CRV token so they get the liquidity and avoid the inflation of their token. That’s why voting on gauge weights becomes significant especially for algo stable coins since a large sell can easily de-peg the coin due to low liquidity. While all veCRV holders can vote, only three smart contracts are whitelisted to participate.

Some have credited Andre Cronje as the person who initiated the Curve Wars with the tweet below when he complained about the voting monopoly ten days after the launch.

[The Blue Dog is pissed](

The Curve team backed down but claimed it was in reaction to some wallet (apparently owned by Andre) hoarding on all the CRVs. Almost three months later, Yearn Finance came up with the Backscratcher vault in which users could deposit their CRVs forever and receive higher yields. In return, Yearn would get more voting power to boost its own Curve pools. The vault became so popular that ironically, set AC on his path to turn into what he complained about in his tweet, joined by none other than a hentai-loving rabbit, known as Banteg. It seemed nobody had the power to stop them until an elephant finally decided to enter the room.

Julien Bouteloup was a member of the Curve core team so he knew the importance of veCRV tokens. When he started his project, he was accused by the Yearn team of forking the project. There were some insults exchanged and feuds started between the two teams. Julien was kicked out of some private chats but he couldn’t care less apparently. The Stake Dao continued being a thorn in Yearn’s side by adding a Balancer pool called sdveCRV with 80% sdveCRV and 20% CRV ratio.

The arrival of Convex changed and ultimately ended the competition. At least for the time being. Its speedy growth and success lie in its economics. Instead of depositing in Curve, the token holders would give their CRV tokens to Convex and receive cvxCRV instead. They would in return get a higher yield than Curve in addition to CVX rewards and occasional airdrops. As an LP provider for Convex-supported Curve pools, you can have four income streams: interest, trading fees, Convex boosted rewards and CVX tokens. As opposed to veCRV, the cvxCRV token can be traded back into the CRV token at a 1:1 ratio. Considering these incentives, it comes as no surprise that Convex was able to overtake Stake Dao in two days and Yearn in two weeks. Eventually, Stake Dao conceded and moved some of its pools on Convex to operate. Yearn also delegated some of its veCRV to Convex to boost their yields.

The Convex’s reign appears to endure for now as the likelihood of another protocol becoming whitelisted is pretty slim. In addition to having a large amount of veCRV, a protocol has to get enough votes, which seems impossible when the Big Three have the power to block it. So the only way that remains for other protocols to gain access to the Curve pool is to accumulate CVX as it owns more than 50% of the CRV circulating supply. There’s also some bribery involved but not of EOS kind back in 2018. These are the legitimate kind. [One platform]( was made by Cronje himself where projects can bribe veCRV holders with their tokens in exchange for their votes. Abracadabra, Fantom, and Cream are some of the projects that have used it. The voting power on Convex belongs to vlCVX holders who have locked their CVX for 16 weeks and 3 days. [Votium]( Protocol is the platform for these holders to delegate their voting powers if they choose to and receive compensation from the buyers.

Naturally, this annoyed some whales including the Orca Loca aka Tetranode who threatened he would smash their pool. Later on, during an emergency meeting, nine members of the protocol decided to kill their gauge because the LPs on that pool were prone to getting rugged. Poor Mochi learned the hard way that people don’t really like Inu dogs when it comes to money. This incident raised many questions such as to what extent the founders can interfere and where is the line between decentralization and authoritative power. Interesting questions to remember next time you go whale watching (or listening?)

# The Butterflies of the Future

Even though the advent of Defi 2.0 and Olympus Dao started the attack of Ohm clones, it also provided a fertile ground for innovative projects. One of them is the Redacted Cartel, which uses the same bonding mechanism as Olympus with a tempting 6-figure APY. The bonders can sell their CRV or CVX token, get the BTRFLY token, stake that token to receive the rebase rewards. Gradually, the treasury becomes stronger and the APY and the runway remain high. Although the protocol is only a few months old, it’s the [fourth largest]( holder of CVX. This way, BTRFLY becomes a token that is backed by stable assets, and through controlling the gauge, their Dao can replace the nine whales in the Mochi incident explained earlier.

But Redacted has bigger dreams than just accumulating veCRV and CVX. They intend to become an “uber-Convex”; a liquid proxy (a veToken if you will) for any votes out there as they become the largest holder of any influential governance token.

As long as Curve remains as the holy grail of liquidity, the fight over the fattest biggest slice of the pie rages on. Nobody knows who will come out on top next but one thing is for sure. The Curve Wars, despite exposing some problems, has sparked innovation in Defi, and if developed properly, can advance the ecosystem further down the road.