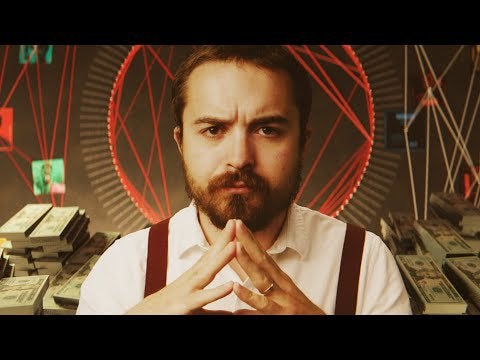 You might have seen the post by TNG posted earlier about Coffeezilla’s YouTube video citing Safemoon as a scam (video: [Coffeezilla]( I’m glad it’s being exposed for the scam it truly is however, there are some that still believe in this token despite all the evidence! And you know what, it’s fine if you still believe in it. After all, we make our own choices. But what rubs me the wrong way is that there are YouTubers out there with thousands of followers still promoting Safemoon…Here’s one such YouTuber: Safemoon Serg [

The first thing Safemoon Serg says is that the volume of Safemoonswap is 6.7 million and that he’s “loving the reflections” lol. This is likely due to all the selling so it’s not necessarily a good thing. Aside from that this YouTuber is also making money from this channel through ads as is the norm amongst monetized channels. Basically, Safemoon Serg (and the others I will mention is making money off promoting a scam. I hope for his sake he’s putting some of that away and not wasting it all on Safemoon. Even Dogecoin is a better bet at this point and that’s saying ALOT.

Other Youtubers that continue to promote this scam are:

1. **The JWK Show** (17,000 subs): As he cites a tweet by SafeMoon Illinois he says, “To me it doesn’t make sense that Safemoon is a scam when they are doing so many things.” [
2. **CryptoAddicted** (47,900 subs): “We’ll definitely come out of this as usual. Let’s hang in there and trust the devs.” [
3. **Safemoon Joe** (37,700 subs): On the topic of the wind turbine Safemoon presented, “Safemoon actually took that turbine and changed it. They are actually using a different type of polymer.” A different type of polymer? Does this guy even know what he’s talking about? Lol. [
4. **Steven Clarke** (44,000 subs): “I liked those days when everyone was exciting and good things were happening and progress was being made and people were making money. This is a personal finance channel. That’s why we’re here. To make money. We’re not here to FUD projects and to destroy market caps and too lose people’s money.” He’s more level headed than the others so I’ll give him that. He also acknowledged that there questions that need answers. [
5. **Crypto Project** (9,380 subs): “He \[Coffeezilla\] made it drop $200 million in market cap and a lot of people sold out because of this stupid guy who thought he is the real truth but he is not.” Then he goes on reading other people’s posts about why Coffeezilla is wrong. Boring if you ask me so I don’t recommend watching. [
6. **THE GREEK DEFI GURU** (1,440 subs): “There’s no such thing as a slow rug. It’s called a down market so get over yourselves. We need to get smarter as investors in Safemoon and stop saying all this stupid stuff.” LOL. At least this guy was entertaining to watch but man, I can’t get over the irony of his statement. [
7. **SAfeMoon I am** (927 subs): “I would like to thank Mr. Coffeezilla for probably contributing to the dip we saw today because I was able to buy in again at a very low price.” Later he goes on to say “…and that’s how I see FUD. I turn it into something positive because I know where Safemoon is going. Nothing has changed. Safemoon is still on the same path.” How does anyone keep buying Safemoon at this point? If you are one those please explain to me why. My brain just lost it’s wrinkles thinking about the reason. [

Again, I can’t for the life of me understand how they keep promoting this and I’d like for them to stop. Safemoon Serg and the other YouTubers I mentioned are telling everyone of their followers to continue buying Safemoon and to “stay strong.” You know, for their sake I hope they are strong because the losses here are significant.

On a positive note at 9:47 in Safemoon Serg’s video he does say that Safemoon is the reason he got into the Defi space. Kind of like how Dogecoin was the gateway for many newbies into the crypto space. I just hope that whoever lost money is at least able to recover some of their losses especially those who lost on the migration to V2.