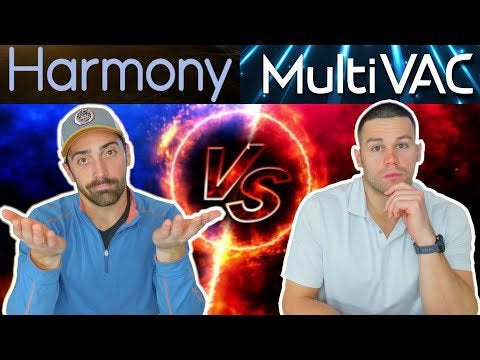 There is a lot of cross-support between the MultiVAC and HarmonyONE communities. I own both, a lot of folks I talk to seem to as well. Here’s a thoughtful comparison from CryptoBoys on Youtube. No shilling here, just some tech, staking, and community analysis. Both are L1 blockchain projects, and there’s been a lot of speculation about which is ‘better’. Arguably both have strengths and can co-exist in the long term. Surprisingly for me, MTV started up a few months before ONE. Considering the meteoric rise of ONE last year, I assumed it was an older project.

The gist of the video is that ONE destroys MTV in marketing (MTV marketing is largely community driven at the moment) and has an edge in bridging ecosystems, while MTV outpaces ONE in Transactions per Second (30,000+ vs 2k) and potential for trilemma mitigation. MTV has more room to run higher, but is a riskier investment considering it’s currently micro market cap.

Here’s how they broke down:

Ease of Use: ONE

8 thoughts on “MultiVAC and HarmonyONE: An In Depth Comparison”