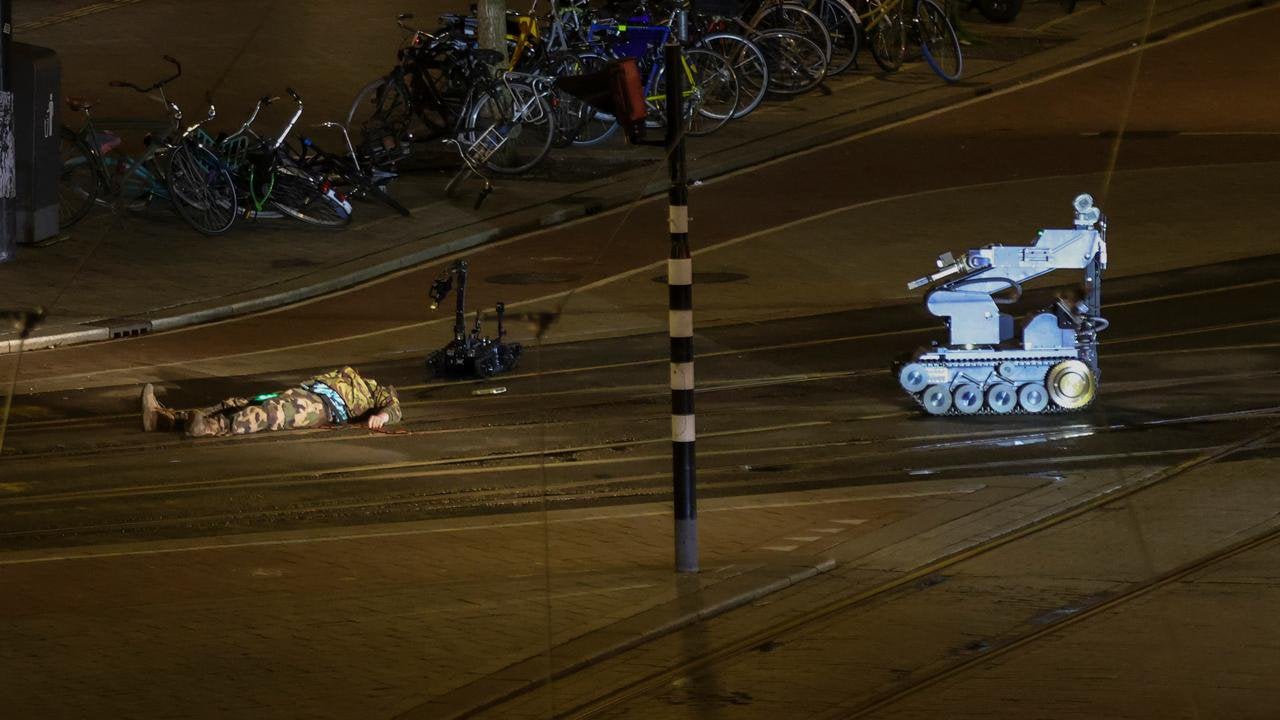 I’m not usually one to post newsblurbs, but this one is from my hometown and its quite a rollercoaster ride to see it happening live on the news.

This is from a Dutch newssite, so i’ll try my best to explain in English.

Man goes into the apple store on the Leidseplein in Amsterdam with a gun. Starts waving it around and is trying to take hostages. He also states to be wearing a bomb vest, and that he will blow it if his demands aren’t met.

A couple of people hid in the broom closets, others escaped outside but he focused on 1 poor Englishman and kept him close with a gun pointed at his head.

Apparently he was making demands of wanting a certain amount of crypto to be sent to his wallet address.

This went on for a long time and with dutch special police stationed outside he didn’t really have anywhere to go.
So he decides he is thirsty, and demands a bottle of water from the police.

The police send the bottle of water over on a explosive disarmament robot.
The felon suspects he will be shot if he goes outside, so he sends the hostage he has been hodling as a shield.

Who of course runs right past the bottle and into the safety of the police perimiter.

While the hostage is running away, the felon decides to run after him and exits the building.

A police vehicle that was standing by then runs the man over and he is taken into custody.

No one got hurt other that the felon, as he seems to be experiencing a crash of some sorts.

-Things that came up in my head while i was watching this.

.(bad rap for crypto!, not the position you want.
Not my opinion , but how i think the media will spin it.)

.(the police should have offered to send him the ransom in exchange for his seed phrase)

.(Good job Dutch police! You did your jobs great! Congratz)

I felt i wanted to share, so here you go.

17 thoughts on “Dutchman from amsterdam takes hostages in the apple store and demands crypto. Whereafter he gets run over.”