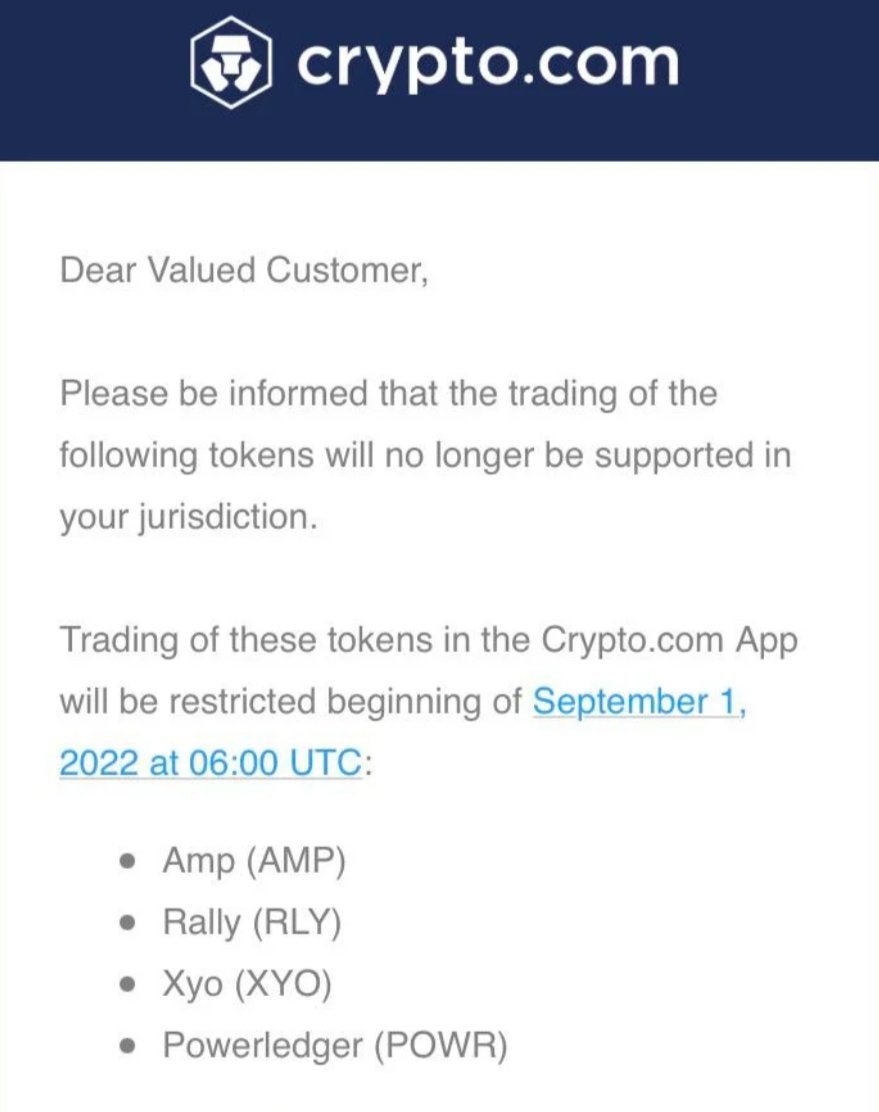 Amp was recently delisted from binance.US over the SEC calling it a security after several Coinbase employees were accused of insider trading. I’m seeing some people over on the Amp subreddit say that they’ve recently gotten a CDC email stating that they are also going to delist Amp in the near future. [source](

Is this the beginning of the end? Or is this going to be the start of an XRP like saga for amp as a whole? Was wondering what you all think over here. Personally, I drank the AMP kool aid and am feeling mighty uncomfy. The amp team has been promising updates/partnerships for several months without any real delivery on hype (which I get, it’s bear time) but I’m considering dumping all of it now.

44 thoughts on “AMP. Is this the start of a new death spiral?”